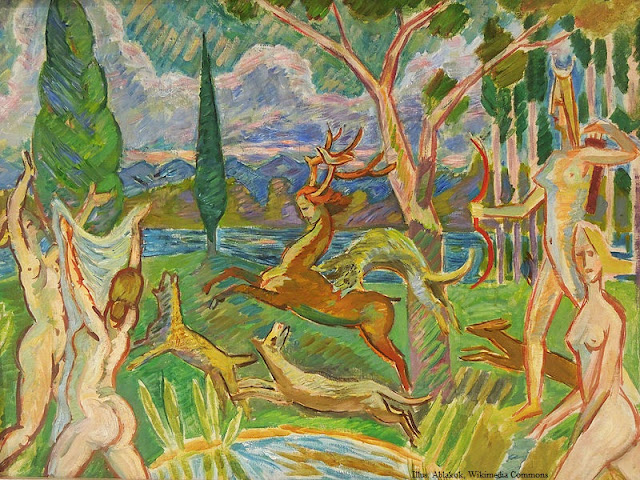 The mistress of the forest can bring game to her faithful, but also the chase.

1-4. Unless there is some hunting or a merciful act to attend to, the cleric must do little else but reflect on the ways of Mielikki for the next 2d6 turns.

5-9. The huntress calls and the cleric answers. She loses access to some of her spells (50% chance for each one), possibly including her turn ability. To get each back, she must do one of the following. Roll 1d6:
[1] Run unclad for at least 1 hour.
[2-3] Bring down a beast in an honorable way. All of it will be used and respected.
[4] Aid an animal, providing it food, freedom, or healing its wounds.
[5] Offer Mielikki the equivalent of at least 2d6 gold and 2d6 silver coins.
[6] Spend time in a wooded place, communing with the metsan haltja (forest spirits) and wildlife there for at least 3d6 turns.


17+ Mielikki transforms the cleric into a beast that matches her nature. The cleric is thus unable to speak or use any of her cleric abilities for the next 24 hours, plus 24 additional hours for every divine test result over 17. She can still understand things though and accompany her allies during that time, even fighting as the beast if need be. Afterwards, she will be able to speak with beasts of that type at will, even while she's in human form.


Posted by Dan Osarchuk at 4:01 PM No comments: 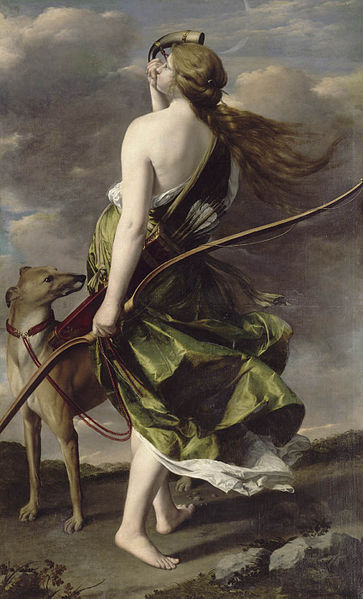 Next week: Clerics of Mielikki, Part III!
Posted by Dan Osarchuk at 4:24 PM No comments:

Clerics of Mielikki, Part I 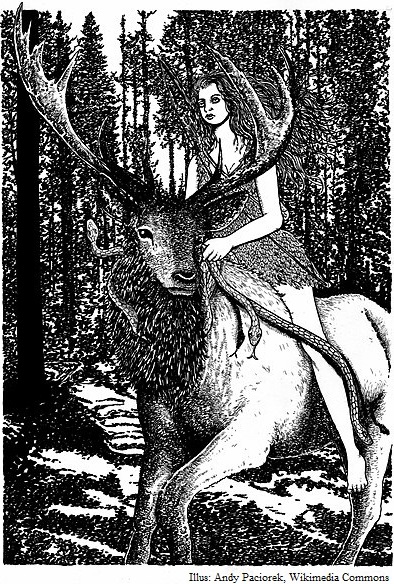 
Tenets of Mielikki
* Be one with the forest
* Live simply, respect Nature
* Hunt only what you need
* Care for animals & the innocent

Clerics of Mielikki
Special: Mielikki is served by clerics, druids (see Volume II), & tietaja (Finnish shamanic wizards).
Allowed Weapons: Bow, sword, spear, knife
Allowed Armor: Leather or lighter
Symbols: Tree, Bear, Stag
Can Turn: Those who work against nature. If not known: humans- base 50% chance, evil humanoids or undead- base 75% chance, all others- base 25% chance.
Mysteries of Mielikki: Animals and forest denizens generally don't attack clerics of Mielikki. If one's wicked or somehow compelled to, then a cleric of Mielikki can choose to have it stop attacking her, up to once per day per level.

Next week: Clerics of Mielikki, Part II!
Posted by Dan Osarchuk at 4:16 PM No comments: 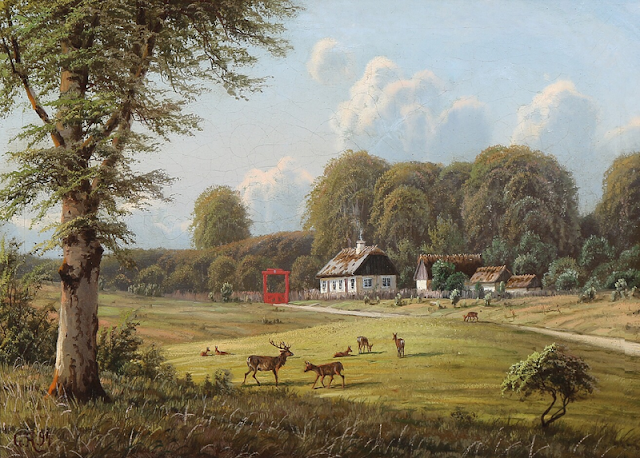 More ways to expand upon Wyrd Walstock, beyond even the ones discussed last week and in the upcoming revision.

I. The Elk Order's Plot
Not content with paddling and being relatively unimportant, those in the Elk Order see an opportunity to seize power. Whether with the defeat of the Cult of the Shield Ghul, some other disruption to another faction (both likely caused by the party), or the return of Maria, they will establish themselves in one of the areas where a vacuum now exists (along with retaining Location 3). The power of their totemic spirit will accompany them throughout Walstock too, now granting a +3 to all elk-related rolls (+5 if Maria has returned).

In addition, Order members have a 50% chance of having the Elk spirit cast Faerie Fire for them each round and of also causing 2d6 damage every 3 rounds to some interloper within 60' with its etheric antlers (save vs. spell negates). Last, the head of the Order has a name- the Elk Chief- making them sound much more important. Elves and unprotected behinds beware!

II. Golden Promises
With the many factions vying for control of Walstock, it's easy to forget an even greater threat: fiat currency. Roscoe the Head Banker (from Location 6) has begun circulating such paper money, giving very generous 'loans' to any who might ask for them with the help of Town Crier Kelwin (at Location 20). With only a small deposit of gold, he will grant any 10 times that amount in Golden Promises! Though most proprietors were unwilling to honor them at first, Roscoe has offered them extensive 'loans' too (also in Golden Promises) to make them more ameliorable.

Of  course, such a situation cannot last long, though Roscoe's secret master (the dread force Geedeepee) can assist him in drawing it out as long as possible. Harnessing the power of Eternal Growth, Roscoe can now effectively create 'wealth' at will, thanks to Kelwin's printing shed, though of course when he does so, the prices of everything else in town increase proportionately. Already, standard costs are 50% more than normal, but don't worry- they'll be more Golden Promises to cover that. And when it fails (in 2d4 days' time), Roscoe will be nowhere to be found. Otherwise, the town will actually explode, bringing such growth to new heights.

III. Xue’rek’rek’slis's Importations
Added with the Wyrd Ways revision, Xue’rek’rek’slish (pronounced 'Jeff') is a fish man who has now uncovered a way to bring his 2,000 cousins to join him (likely via the Orifice- Location T10). With the changes here, in any encounter there is a base 25% chance of 4d4 fish men also being present (there are always many of them). Once their numbers reach certain amounts per their accumulations by encounter, they'll begin begin behaving in certain, fishier ways:

IV. Town Rampage
Riots aren't uncommon at the Pigsty (Location 21), but have gotten worse of late. Word is, a Tochenorff was particularly mistreated by the Watch and now his brethren are up in arms. But these disturbances are different. They've expanded to the Springing House and Downtown and are lasting days. Trendy Tochenorffs and other factions have even been donating to these miscreants as they smash windows, loot stores, and beat up passersby- all in the name of 'Justice'. Town Crier Morell (from Location 20), debased as ever, eggs them on.

Many out-of-towner bandits have joined in (likely followers of Tiamat- see Volume III) and someone has even been leaving them piles of rocks and incendiaries to use (agents of Nergal- also see Volume III). But with the Watch too paranoid to intervene, perhaps the trendy Tochenorffs will stop donating when the shops they frequent are destroyed?

Next week: clerics of Mielikki!

Posted by Dan Osarchuk at 4:27 PM No comments: