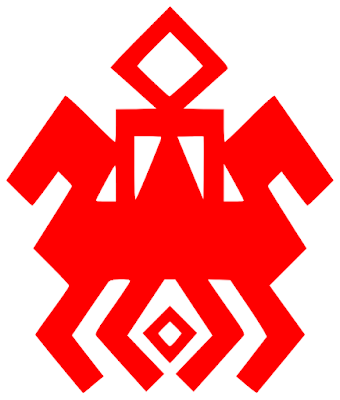 Like the sun above, Dazbog's magic moves between light and dark, fire and rain. Roll 1d12.

1. Gifts of Rod: Dazbog desires the presence of contrasting things, whether torchlight & water, man & woman, or the like. If not available, then an offering worth 1d6 gold pieces per spell level will do.

2. Gates of the Zoryi: The magic's effects will only occur around dusk or dawn, or at those times if the spell is cast beforehand. Otherwise, Dazbog's daughters won't have the gates open yet.

3. Solntse Mesyats: Whether by sun or moon, the spell will only fully work if the cleric is within view of the open sky. If not, then it will just be at 1/2 its normal power.

4. Underwolf: Dazbog returns home at night. As such, the magic must now be hidden from view of any sky. Otherwise, it will take 1d3 extra round to cast.

5. Lucky Ways: How giving is Dazbog this time? Roll any die: odds means that the spell works for half its normal effect; evens means that it's doubled.

6-8. No Side Effect: The spell works normally.

9. The 4th Direction: If the cleric's facing the right way when casting (a 1 in 4 chance), then the magic's effect, range, and duration can be tripled. If not, then they just function as they usually do.

10-11.  Fire in the Sky: Hors' great light dispenses flame and flood, causing the spell's effect, range, or duration to be doubled if used under the open sky. Otherwise, it gains no bonus.

12. Solar Blessing: The magic works for twice its normal effect, range, or duration, as well as it not being expended that day. In addition, the cleric gains the ability to sense the direction to the nearest entrance to the underworld (if currently on the surface) or to the surface (if currently underground).

DCC RPG Conversion notes:
Spell not being expended that day= gains a +2 bonus to its spell check

Next week: Clerics of Dazbog, Part III!
Posted by Dan Osarchuk at 4:13 PM