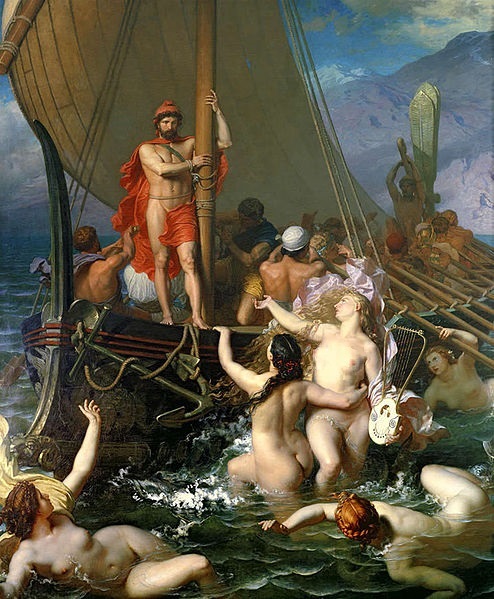 Continuing our examination of how spirits can be brought into one's campaign, we present elemental, fair maiden, & fey encounters. Not concerned with ethics and morality (or immorality) the way ancestral, angelic, or demonic spirits are, they instead espouse either the way of their element, guide specific mortals to victory or doom, or simply live in the way of whimsy- especially if one seems to have lost one's pants.

2. Such beauty. The party notices a (roll 1d4): [1] bright flame, [2] gentle breeze, [3] shapely stone, [4] nearly crystallized pond. Any magic cast here that matches that element is doubled in range, effect, or duration by the spirit present. What is more, there is only a 25% chance of either a fire giant, cloud giant, stone giant, or frost giant showing up to destroy the interlopers.


Fair Maiden Spirits
Roll 1d4
1. A random party member is blessed with the love of a beautiful spirit woman, though whether or not she's real, it's very hard to tell. In any case, she does seem to stay with him (roll 1d4): [1] via an armlet, [2] via a tattoo, [3] via an invisible presence, [4] in near-physical form. Doing so grants him a +1 to all rolls that lasts for up to 1d6 hours each day, though if a mortal woman approaches him for romance, the spirit woman will gladly try to slay her (save vs. death negates). He is hers!

2. The next woman that one of the party members lies with turns out to actually be a fair maiden nymph. It is an experience like no other, with her being able to guess and meet his every need and desire even if he doesn't know what that is, granting him the same bonus from result #1 above. Still, he finds no pleasure in any other lover afterwards, unless she too is actually a fair maiden, and actually the opposite result if he persists in doing so.

3. Unrelentingly, all men within 120' of here are pulled towards an intoxicating (roll 1d4): [1] song, [2] scent, [3] sight, [4] je ne sais quoi. Though the siren it emanates from certainly appears fair, that those affected must save vs. spell to resist experiencing one of the following to get to her (roll 1d4 again): [1] falling off a cliff for 6d6 damage, [2] being dashed upon rocks for 3d20 damage, [3] walking past an enraged 3d4 HD monster, [4] be unwilling ever return again- doesn't. For those who find the will to fight her (and if she happens to take physical form), see the article on Aphrodite, Part III *here*.

4. The next male character to fall in battle is strangely spared, though he loses 1d3 of his class levels instead. Unbeknownst to him, it just happens to be that his spirit guardian- a muse- sacrificed herself to save him, even if doing so might rob him of much the inspiration she had provided throughout his life.

2. This place has very bright colors, almost glowing in pastels and scintillating chromaticism. A fey being (see Volume II for generation details) is understandably quite fond of it here, though any visitors can (roll 1d4): [1] brandish something made of cold iron, [2] take off their clothes and put them back on again backwards, [3] guess the fey being's name and say it three times, or [4] knock on wood in order to save vs. spell and thereby dispel the whole place.

3.  It is said that a man in these parts cannot (roll 1d4): [1] lose a race, [2] age, [3] lose a bet, [4] be hated for longer than 3d3 rounds. What is not said is that he has entered into a fey bargain to do so and must cause others to act out a certain fairy tale in order to maintain his boon (roll 1d4): [1] Little Red Riding Hood, [2] The Three Little Pigs, [3] Goldilocks and the Three Bears, [4] Humpty Dumpty. Doing so typically causes them to save vs. paralysis or take 4d6 damage and he believes the party would make excellent candidates.

4.  A mysterious (roll 1d4): [1] rabbit hole, [2] twister, [3] mirror, or [4] closet is discovered. With it, the party may thus enter a fey realm- see Volume II for details- though being able to leave such a place may be another matter entirely.