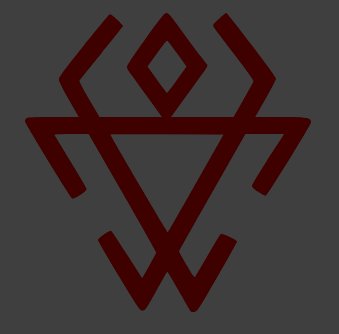 Chernobog's warlocks learn fell magic in addition to those of their doom-corruption's divinity, bringing darkness and despair to the what would otherwise be the lighter ways of Belobog.

Soul of Dusk
Range: 5' per caster level'
Duration: once the nefarious condition is met, see below
Effect: Shadow sets upon the target's heart, causing them to save vs. death or engage in some malediction befitting the warlock's doom-corruption, doing so to the next person or group they encounter:
Cherno-Perun: attack as long as it would be a dishonorable fight.
Cherno-Lada: show faux-interest so that it would cause great heartache.
Cherno-Veles: attempt to cause serious disruption in their daily doings.
Cherno-Mokosh: browbeat as best they can.
Cherno-Dazbog: tell an irrational falsehood to at least 2d3 strangers.
Cherno-Baba Yaga: put a lower level (or HD) individual through a fatal test.

The Knowing Dark
Range: 30' per caster level
Duration: 1 disturbing turn per caster level
Effect: The warlock senses any beings within range who espouse doom-corruption. Once found, he can then focus on the individual for at least 1d6 rounds to uncover more about the specifics of their impure ways (per Referee). Those with a mind to conceal such things may save vs. death to do so, yet those who follow the same doom-corruption's divinity as the warlock may not.

Doom Door
Range: see below
Duration: Instant
Effect: Stepping long through the domain of Chernobog, the warlock sets foot on an area of darkness to emerge in another entirely that matches his doom-corruption's divinity. Anywhere such corruptions occur or are honored will do; the warlock need only have an idea where he is going. Otherwise, the range of such traversement is up to 100' per caster level, simply emerging at another place of physical darkness that is closest to the stated distance hence.

Oh, Charring Pitch
Range: 20' per caster level
Duration: 1 terrible round per caster level
Effect: Behold, a great darkness comes forth, filling a 5' radius area per caster level. Those within must save vs. spell or not only be robbed of their sight, but of 1d6 hit points per caster level as well, burning in charring, stinking, inky blackness. And while their sight may return once the darkness ends, the horror of it and damage taken will be another matter altogether.

Black Tragedy
Range: 30' per caster level
Duration: per doom-corruption divinity
Effect: As Black Harm, above, but all malfeasance effects are doubled and durations are increased by one order of magnitude: Minutes -> Turns -> Hours -> Days -> Weeks. Such may otherwise be removed early as one would a curse.

Chernobog's Hound
Range: 10' per caster level
Duration: 1 horrifying round per caster level
Effect: Come forth! The warlock summons some shadow thing to do his dark bidding. After 1d3 rounds, it arrives, attacking an individual within range at the warlock's direction each round, causing those so targeted to save vs. death or lose 1d4 from a random ability score via its horrifying, phantom bites. Others who even see the hound must save vs. spell or flee.

Soul of Midnight
Range: 10' per caster level
Duration: see below
Effect: As Soul of Dusk, above, except that the effects last until dispelled, or as a curse, removed. The subject otherwise behaves in the warlock's particular doom-corruption's way, even needing to save vs. death at the stroke of midnight each night or decide to willingly pledge themselves to Chernobog! In such an event, nothing will save them then.

Black Catastrophe
Range: 50' per caster level
Duration: per doom-corruption divinity
Effect: As Black Tragedy, above, but the area affected is a 5' radius per caster level, potentially making many befall terrible malfeasance.

Stroke of Doom
Range: 100' per caster level
Duration: Instant
Effect: The warlock brings forth a great calamity, causing Chernobog's night to eclipse all hope depending on which doom-corruption's divinity is served. In all cases, a general 1/4 mile area is affected, though due to the nature of the calamity, its corruption may also spread.
Cherno-Perun: a 'natural' disaster occurs, devastating all who fail to escape within 3d6 minutes' time.
Cherno-Lada: torn with love-loss-longing, all must save vs. spell or be at each others' throats, murderous within 3d6 hours. There is a base 25% chance of the events spreading in a random direction.
Cherno-Veles: items go missing or are sabotaged, making all within suffer 4d6 damage from the mishaps occurring over 5d6 hours. Such anarchy has a base 50% chance of spreading in 1d4 directions.
Cherno-Mokosh: an oppressive leader comes to the fore, dragooning all within 2d6 hours, lasting until he or she is removed. There is only a base 10% chance of it spreading in a random direction though.
Cherno-Dazbog: madness descends on those there, causing them to generally behave as the results for (roll 1d4): [1] Cherno-Lada, [2] Cherno-Veles, [3] Cherno-Mokosh, or [4] Cherno-Baba Yaga. Reroll every hour for 2d6 hours.
Cherno-Baba Yaga: a heinous plague unfolds, killing just 1 in 12 of those who catch it within 1d12 days, but spreading to 11 in 12 anyway, likely ranging far beyond its original area.