Divinities and Cults offers the option of bringing Casting Rolls into your Classic Roleplaying Game (DCC RPG already has spellchecks, so this article mainly applies to the Labyrinth Lord and Swords & Wizardry versions). So why was this optional rule included?

Magic doesn't always work, or at least, it shouldn't. When a fighter swings a sword, he has a chance of missing, even of really screwing up the attack (if one is using critical fumbles in the game). Why shouldn't the same apply when a cleric or a wizard is casting a spell? And we're not just talking about someone hitting a spellcaster and disrupting their spell in melee. Consider this: why would harnessing mystical and eldritch forces be more reliable than shooting a bow and arrow at someone? If you don't need Casting Rolls to make magic work, then it is!

Not only does having a constant chance of spell failure add to the verisimilitude of magic in the game, but it is also what makes gaming more fun. Always being able to cast one healing spell after another without fail can really take the *magic* out of casting spells. And the same applies to other spells that might seem more like magical rituals: what would happen if the ritual went wrong? Now that's interesting.

Unlike other casting systems though,  Divinities and Cults doesn't stray too far from classic spells. Casters still cast the spells we've known about for the last 35 years, except with the twist that they may not work when you cast them. And Divinities and Cults also has options for using Boons and Elaboration, but that will remain a topic for another article.

Posted by Dan Osarchuk at 6:22 PM No comments: 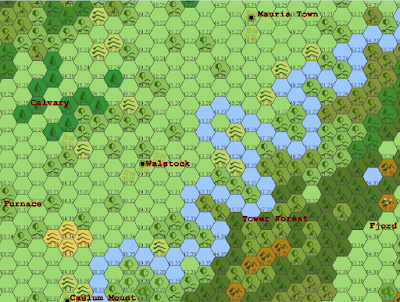 The main setting for my first novel, Night Skies Over Valhallow, and to a lesser extent my second novel, Quiet Upon Shenbyrg's Dawning, Walstock is herein detailed for both fans of the book and roleplaying gamers alike.

Walstock
The seat of power for the Count of Shenbyrg, Walstock is a place of great intrigue. Bordered by bucolic Calvary to the west, fascistic Mauriatown to the north, the majestic Shenbyrg river to the east. and the magocracy of Caelum Mount to the south, it has been the focal point for many adventuring parties and strange occurrences for decades. It has recently fallen under the control of various Cults (see below), which allowed for a full invasion of Helltowne.


Posted by Dan Osarchuk at 4:03 PM No comments:

So here's a first taste of the Table of Contents for Divinities and Cults: Volume II (first draft). Enjoy! 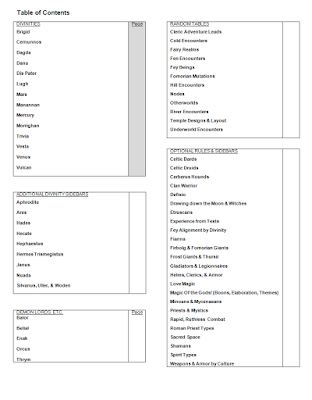 Posted by Dan Osarchuk at 4:25 PM No comments: 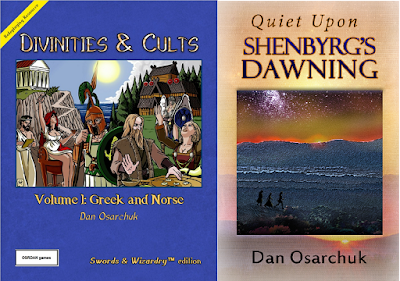 With dualistic rapture, we are pleased to announce the official release of both
Divinities & Cults for Swords & Wizardry AND Novel #2: Quiet Upon Shenbyrg's Dawning-
IN PRINT.

Order your copies today and please leave us a review so we know how much you love our books!

Posted by Dan Osarchuk at 5:13 PM No comments: