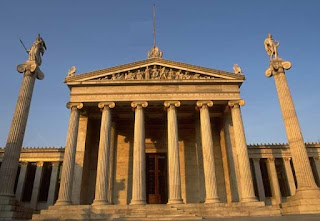 
Posted by Dan Osarchuk at 4:34 PM No comments: 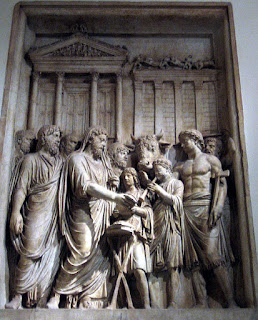 Magic is sacrifice. How could it not be? The Gods demand a heavy price for such great power – one only the truly willing can afford. Who will pay it? Not any mere simpleton, otherwise Reality itself might become forfeit. No, it is only the truly capable that engage in such amazing acts: those not only with the ability, but those willing to give up everything.

Most RPG's miss this important fact, making it easier to cast a spell than to hit someone with a sword or shoot them with a bow! One has to roll to hit a foe with a weapon, but a spell always works? Where is the fun in that? How is that magical?

Divinities and Cults offers an alternative. Though the roll is usually relatively easy, one must still be made to work magic. What is more, magic is dangerous! Something more and possibly unpleasant can unfold for those who are unlucky, arrogant, or who simply tried to push the Will of the Gods too far.

But then again, such is the sacrifice of magic. And each God and Goddess has his or her own price.
Posted by Dan Osarchuk at 5:26 PM No comments: 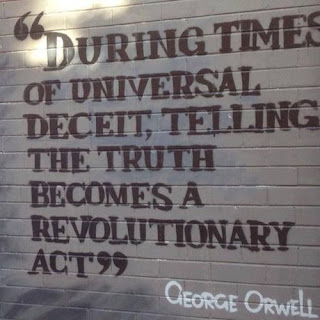 This is the term I decided upon for my upcoming novel, Red Noon At Helltowne, to reflect the tyrannical attempts at Forced Equality that has and will continue to do so much harm in the land of the Shenbyrg Vale. Unlike 'Egalitarianism', 'Equalitarianism' is more obscure and also holds its root 'Equal' more obviously. This not only fits well with the novel's style of using more obscure words to reflect its fantasy future setting, but also the overall theme that even though some tyrants may claim that their goal is Equality, it is often really only an excuse to diminish certain other groups that they don't like, ironically creating even worse inequality. Think Animal Farm.

In the case of Red Noon At Helltowne, the red dwarves are using the goblins (as well as another terrible weapon revealed at the end of the book) to try to annihilate Dinglesfuhr. A particularly warped Cult has assumed power there, which espouses the cause of Underreign in order to promote Equalitarianism. Will it be any wonder that so much of the awfulness of Helltowne could become recreated in Dinglesfuhr? Perhaps even the insane cultists won't be that surprised?
Posted by Dan Osarchuk at 5:00 PM No comments:

Here are some projects that I'm working on now, or will be starting on soon. Stay tuned for further announcements!

Divinities & Cults: Volume II for Swords & Wizardry: just as in Volume I, I'll be having Curtis Lyon do the conversion to Swords & Wizardry, as well as the print-on-demand version of this excellent Roman Gods, Celtic Gods, and Demon Lords resource. Projected release: TBA.

Dan O Poems: a book of collected poems from my site of the same name. Projected release: Early 2017.

Posted by Dan Osarchuk at 5:49 PM No comments: