The Joy of Random Encounter Tables 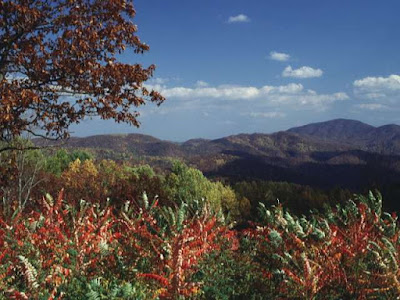 Perhaps these woods and hills have more than 2d4 ogres in them? (Photo: stock art)

No referee should be without them- we all know that. But many might not realize that random tables can also be used for much more than simply adding an uncertain element of combat to one’s adventures. Not only can they help to provide encounters for those characters who happen to wander haphazardly away from your intended plot, but they can also bring an increased level of detail and realism to your game, for both players and you, the Almighty Referee, to experience.

In the process of playtesting Wyrd Ways of Walstock, I had the pleasure of using a number of random tables from Divinities and Cults: Volumes I & II. These tables are designed to be more than a mere ‘monster factory’ list of things wandering around for adventurers to stab to death. Instead, they allow characters to also experience such things as a change in the weather, wildlife that isn’t trying to kill them (right away), some notable landform, or other occurrence to make their trip more memorable. These are things that one might likely experience during a journey through the woods or hiking along a pleasant meadow, for example. But don’t worry: there are still plenty of encounters listed for the party to stab to death.

Like all random encounter tables, these not only make the game more interesting for the players, but also for myself too, as Referee. I always enjoy being pleasantly surprised with something unsettling and randomly determined to throw at the party, especially in a module that I was still writing and hadn’t had the time to detail every square foot of yet. And even better, when something did arise that was terrible for the party, it wasn’t really my fault, because it occurred at random.

And not just that, but these unique encounter tables help with guiding the plot too.  Their more universal range of possible experiences (weather, terrain, sights, etc.), as well as how they are organized by Divinity, allow mini-adventures to be built on the fly more easily. Thus, when adventurers are wandering around in a forest, far away from the place I want them to go, I can at least take solace in the fact that they are wandering around in a place sacred to Artemis, far away from where I want them to go.

That is the magic of random tables. And for yet more magic, here is part of a table I’m working on for Wyrd Ways, which involves a great deal of political intrigue in the form of everyone knowing everyone else in a small town. To use this table, roll on all three columns if the NPC is someone from the character’s family; only roll on the last two if the NPC and character might know each other another way.

The full table will be released with Wyrd Ways of Walstock, coming this Spring.