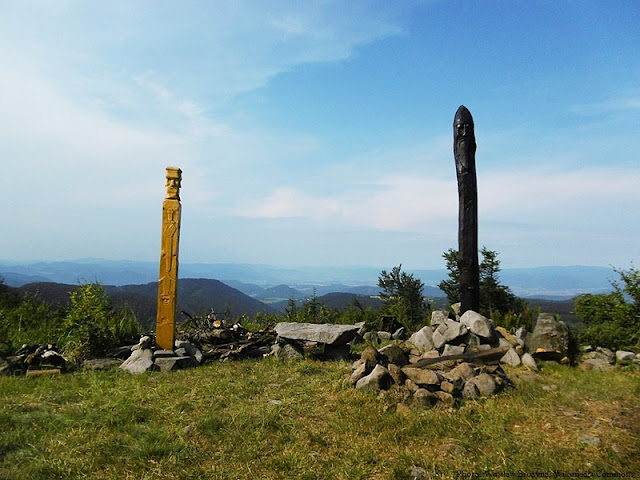 The power of Perun thunders throughout his faithful's spells. Roll 1d12.

1. Gifts of Rod: Perun asks for an offering of meat, honey, or apples for the magic to work. If not, then expect a downpour within the next 1d6 turns.

2. Guardian's Calm: It is now a weapon that the spell requires, lain down for Perun for the next 1d6 turns at least. Still, the arrival of a chaotic, dark, watery, or serpentine being to fight will allow it to be used before then.

3. Oaken Oaths: If the spell is meant to benefit the target, then it will only work if they have broken no oaths, stolen, nor treated prisoners badly within the last 1d6 days (a base 50% chance per day if unknown). If not, then the spell will only harm those who have.

4. Great Pause: The magic will occur after 1d3 rounds pass. If there is a storm nearby though (a base 15% chance), then it will happen right away.

5. Thunder Strikes: A great rumble resounds, causing all within 60' who wield an axe to do +1 damage for the next 1d6 rounds.

6-8. Standard Casting: The spell works without side-effect this time.

9. Woe Unto Liars: The magic is cast at double its effect, range, or duration, but only if the cleric has been faithful in following Perun's tenets. If not, then it fails.

10-11. Strike the Dragon: The spell can be doubled in effect, range, or duration if used to fight a dark, chaotic, watery, or serpentine being or to heal the harm caused by one. Otherwise, it functions as normal.

12. Blessed by the Thunder God: The magic works for twice its normal effect, range, or duration, as well as it not being expended that day. In addition, the cleric gains the ability to sense the direction to the nearest dark, chaotic, watery, or serpentine being (pick one each time this result occurs) for the next 1d6 turns


DCC RPG Conversion notes:
Spell not being expended that day= gains a +2 bonus to its spell check


And a special announcement: the revisions for Volume II are now up! For the next 24 hours, both the Labyrinth Lord and DCC RPG versions are available at 50% off for those who don't have their copy yet! For those who do, enjoy the update for free.

The print-on-demand versions will also be taken down until they can be updated too... 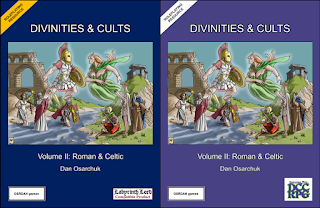